The Manhattan area’s state representatives have all declared their intent for the 2022 election.

Carlin was first elected in 2002. She is the ranking minority member on the agriculture and agriculture and natural resources budget committees. She also serves on the House Appropriations Committee, Joint Committee on Corrections and Juvenile Justice Oversight and the 2021 Special Committee on the 30 x 30 Federal Initiative.

Carlson was first elected in 2018. She serves on the agriculture, health and human services, and water committees. She also serves on the Joint Committee on Child Welfare System Oversight. 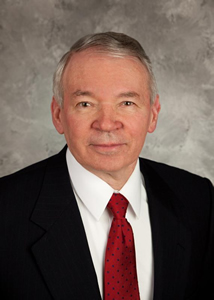 Dodson was first elected in 2020. He serves on the elections, veterans and military, insurance and pensions, and commerce, labor and economic development committees.

He endorsed Kenny Titus, an attorney and business owner who lives in Wamego, as his successor. Titus, a Republican, filed the same day Highland made his announcement.

The four House races have no other candidates, according to Kansas Secretary of State records. The candidate filing deadline is noon June 1.

Originally published by The Manhattan Mercury.